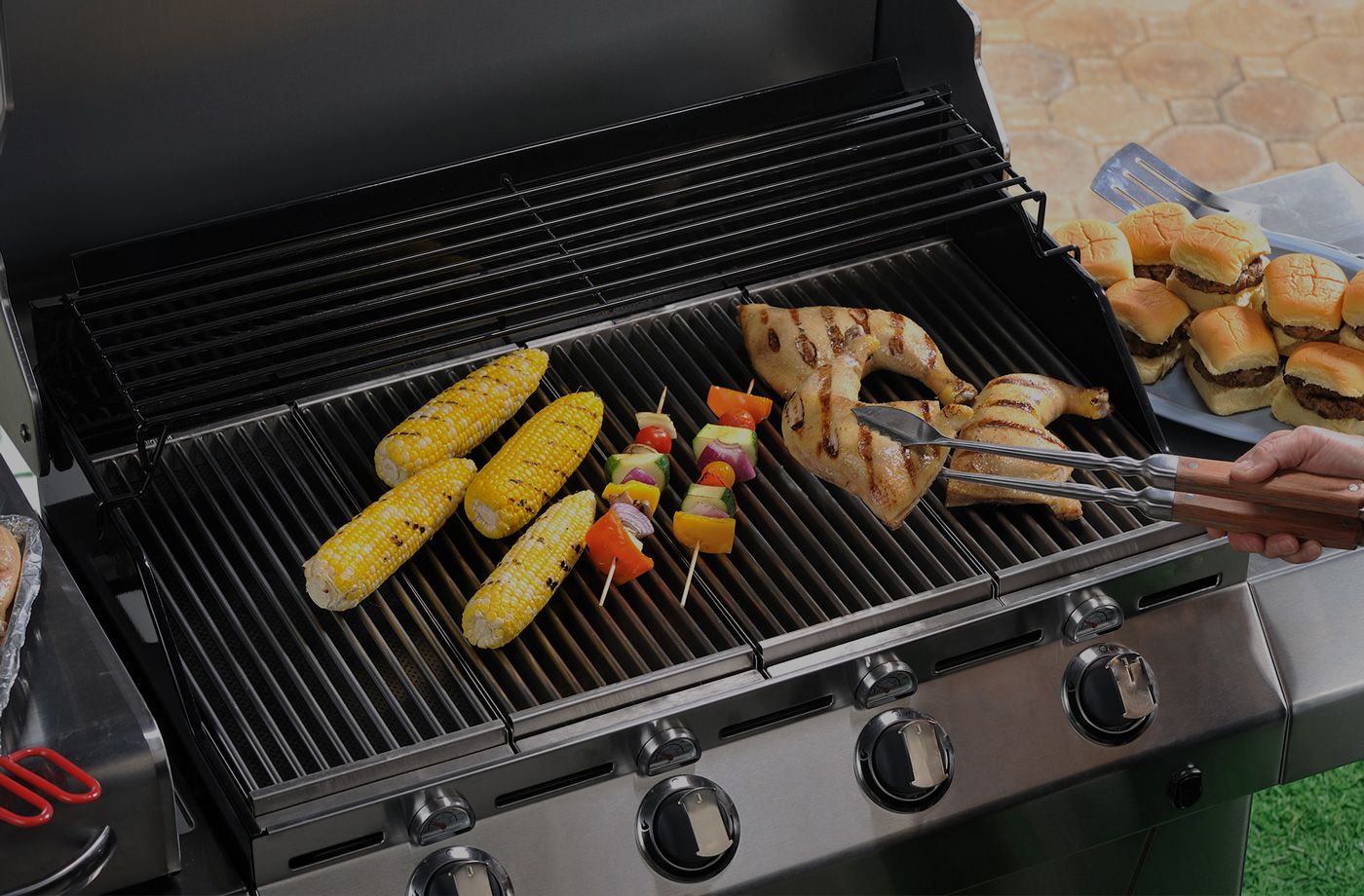 They say that good thing come to those who wait, and I had to wait a very long time to photograph one of our biggest and most spectacular outdoor living projects, which happened to include the Best TV Enclosure.

Not only did these customers live two hours away from the office, so the timing had to be coordinated around multiple meetings, there was also the weather to consider, and with any big project, there are always a few hiccups that have to be dealt with along the way. Our IT Director made plans to go at the same time to get overhead drone photos, so that was something else that had to be planned. Plus, the customers ordered a custom towel cabinet for their bathroom that has a similar look and style to that of our Best TV Enclosure, so we had to wait until that was created and stained so that we could deliver that at the same time. We also had to deliver the missing drip pan that was not originally included with their kitchen appliances. There were a lot of pieces to the puzzle that had to fit together just right!

We finally got the date on the calendar, and I headed that way, with our IT Director following shortly behind with the drone in the front seat and the custom Best TV Enclosure turned towel cabinet in the back seat. When I arrived, I saw the project from the road, and I was blown away by its beauty!

I pulled into the driveway and rang the doorbell, then waited. And waited. And waited. I finally heard a woman screaming from the bottom of the pasture behind me. I turned to find her walking towards me, and she was soaking wet and covered in mud, and it was about forty degrees outside! She had just rescued a baby calf that rolled into their pond just seconds after being born! She saw it happen and had to run as quickly as she could to pull it out of the water. Meanwhile, she was desperately trying to get a hold of her husband and their veterinarian. They are the ones who usually take care of the cows and the calves.

She told me to go ahead and start taking photos and to let her know if there was anything I needed. When I went into the backyard, I saw their outdoor living space, which surrounded their existing pool. It included multiple projects. A fire pit and a pergola that led to a massive pool house that had a full kitchen and dining room, living room with an outdoor fireplace and the Best TV Enclosure, a bathroom, and a hot tub. I tend to take a lot of photos in a short amount of time, but for this project, I spent nearly an hour taking over three hundred photos. There was so much to see, and so many details and rooms to photograph. From the operational shutters to the unique bathroom, to the Best TV Enclosure, I’m pretty sure if I lived there, I would spend all of my time out there.

Meanwhile, our IT Director showed up and started taking drone photos of the inside, outside and overhead. The husband and veterinarian arrived to check on the baby calve and get it moved to the barn where it could dry off and get warm, so the wife joined us. She was dressed and ready to do the video review, but had to decline since she was a muddy mess. Her husband joined us shortly after and we presented them with the custom towel cabinet that we built for their bathroom. A modified Best TV Enclosure made to fit the space and hold a few bathroom toiletries and essentials, as well as the drip pan for their kitchen, which they were equally excited about! They gave us a tour and talked about their favorite parts of the pool house. They love to entertain their family and friends. They alternate summer trips to their family’s home in Florida, and this year their family will be coming to Oklahoma, so they are excited to show off their new outdoor living space. They also host their children and other family members at their home every Thanksgiving, and in Oklahoma, the weather is typically perfect for sitting outside and eating dinner, so I am sure they will take full advantage of their outdoor kitchen and dining room, as well as their living area where they can watch football games on the television while using their outdoor fireplace. In the evening, they can all enjoy the hot tub.

My only wish was that it had been during the summer months when everything was green and the swimming pool had been uncovered. It would have made the exterior look even better. The interior shots turned out great, but dead grass in the winter can be unsightly and swimming pools always look best when they are not covered up. The customers were very kind and told me that I could come back in the summertime and take more photos, which I plan to do. This place was spectacular, and like most of the projects, it would be ideal to be able to photograph them during all four seasons. I can imagine some looking nice when the fall leaves are changing colors, while others would look better surrounded by green grass. I have yet to photograph a project covered in snow, but that is definitely a goal!